Google has recently announced that they will cease third-party user tracking through 2022. Throughout recent years, public concern has risen regarding privatized web browsing and tracking across internet platforms and applications .

President, Paul Byrne discusses with SmartClicks’ Craig Schapiro the ongoing challenges of user privacy through an advertisers point of view.

What do you think consumers have seen and have they noticed it hasn’t really made a difference?

Law makers, companies, and consumers are more aware of their personal data, digital privacy and security than ever before. As a result, there is a trend for large proprietors of perpetuating, using, and repurposing consumer data to step up and “do the right thing”… meaning protect consumers.

Google, Facebook, Microsoft, are just a few examples of these organizations who have habitually made profits from collecting, organizing and utilizing large amounts of user data. These organizations routinely share this data with other companies and advertisers to digest, learn, and target customers with individual tracking. These practices have allowed companies to hone in on their advertising to minimize spend and maximize the results, sales, and ultimately grow their customer base.

Apple’s changes to iOS announced a year ago shined a spotlight on the amount and types of data being collected sparking tensions with Facebook . At that point, it was impossible for other companies reliant on the collection, storage and exploitation of user behavior data to remain quiet.

In an initial attempt to ‘do what’s right’, Google has made announcements about their intentions and future actions regarding third-party user tracking.

Among these initial changes, Schapiro points out that the main update involves updating user tracking from a direct cookie-based individualized tracking approach to small aggregated anonymous groups of users (cohorts) with minimal amounts of identifying and categorical information.

Basically, the end of retargeting a well defined audience is coming. Instead of specifically targeting it to just one user interest, users will be placed in a group of 500 or more that have extremely similar characteristics to the user. Advertisers will promote to a broader audience rather than just a user individually.

What is the difference, and is it really providing more consumer privacy and protections if users are still being placed into these small groups based on their characteristics and interests? The most notable difference between an individual we used to be able to target and the new group structure is that the individual could have been specifically targeted as a result of already hearing about your brand and been to your website, versus the group of generic interests including a large group of people who have not.

Google I/O stated their goal is “to improve the classification of cookies, give clarity and visibility to cookie settings, as well as plans to more aggressively block fingerprinting.” Read their announcement here

It may seem like a very minor tweak, but this makes for a massive difference in the digital advertising universe. Losing the highly valuable retargeting aspect that cookies and third-party tracking used to provide forces businesses to risk missing and losing those targeted audiences that they have been used to benefitting from.

How is the lack of data tracking going to affect advertisers? 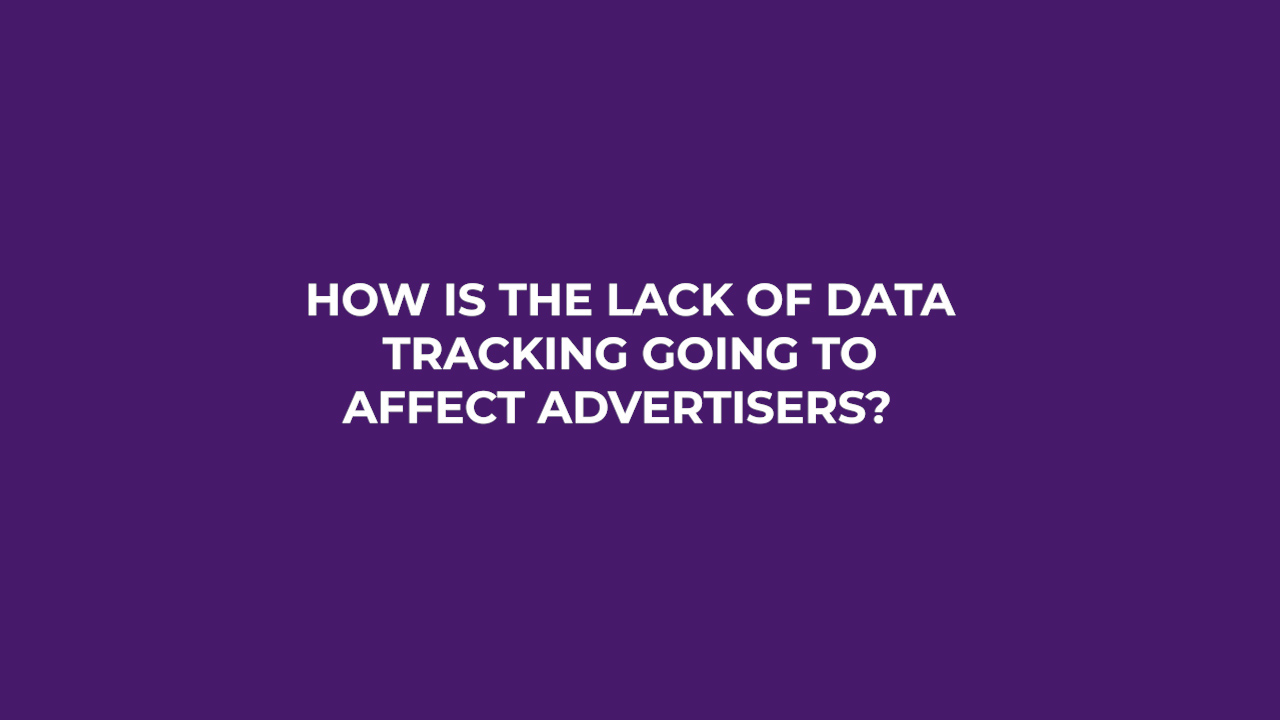 The lack of data tracking already has had a negative effect from an advertising standpoint. The biggest effect as a result of the industry-wide decision to reduce capabilities of third-party user tracking is most notably the shorter attribution window .

“For example, if you wanted to look at the purchases that occurred after someone viewed or clicked your ad in the last 7-days, you could select a 7-day view and 7-day click attribution window.” - Meta Business Help Center .

Originally, advertisers could learn from these attribution windows to retarget people who were clicking and thinking about buying, or who have already made a purchase to buy again. 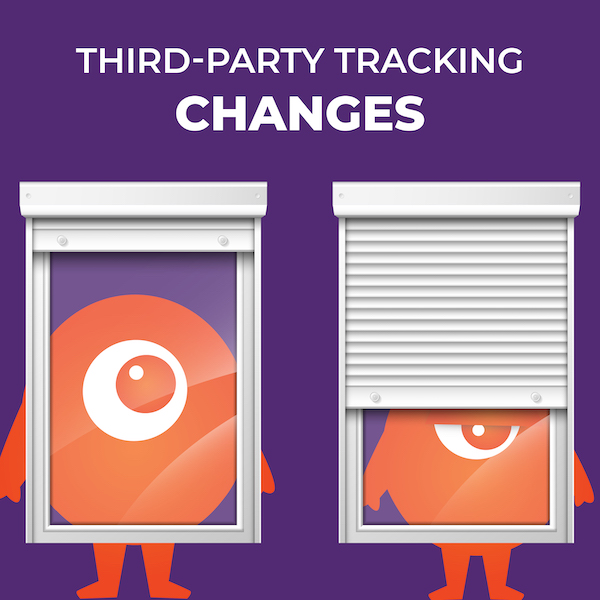 Prior to January 19, 2022, advertisers could utilize tracking with of any combination of 1-day, 7-day, 28-day click and view windows. That can make a big difference in what advertisers can actually track and attribute back to an ad that is presented to users, Schapiro states.

Overall - the biggest surprise was that the internet didn’t melt down. What we thought would happen would be other advertising platforms popping up and advertisers within the digital market would start to diversify the platforms that they use for distribution. But that’s already been attempted, and it seems as if the largest players in the market have an unsung monopoly on their own collection of data, forcing advertisers to double down to utilize the platforms that have the most consistent user flow and data retention, i.e. Google, Meta / Facebook, etc. Other platforms just cannot outperform these other industry giants… yet.

Some website platforms are sort of taking the reins on these updates and turning these restrictions into a win for merchants, particularly Shopify. Because of their seamless Channel connections for businesses, they are able to host their own data collection and attribution, because their analytics do not rely on that of third-parties to track users. Their key data tracking feature to note is first and last click attribution. But of course there are even more tracking and analytics available when you utilize a Shopify Plus account. 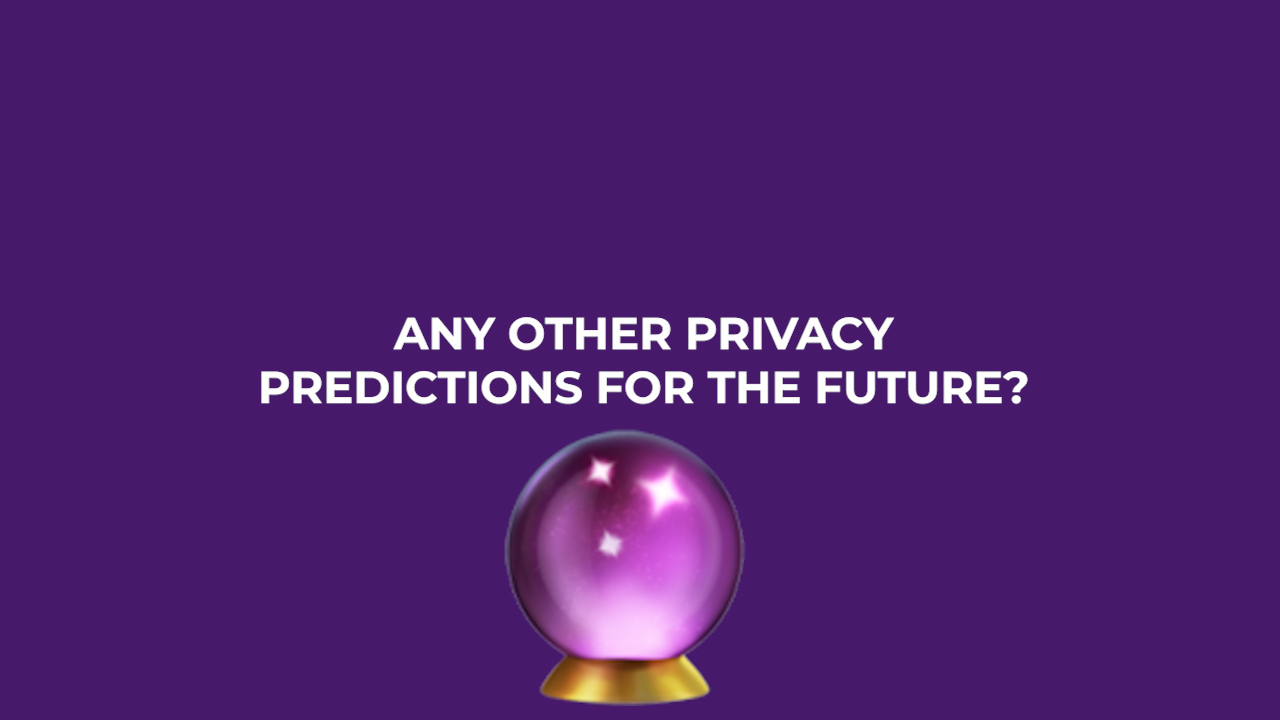 Regarding trends for the future, there’s been a drastic uptick in interest about consumer privacy, or at least a general heightened awareness of tracking, that was pretty hidden before.

With increased pressure from the public and restrictions from these industry leaders, it’s going to be harder and harder to tell where (and who) your sales are really coming from, and you can say goodbye to fully repurposing that audience to gain even more sales.

Realistically, at some point (likely in the near future) we’ll have more nationwide legislation like we do on CPA and GDPR .

But we’ll put the crystal ball away for now, just know more restrictions are around the corner for user data tracking, analytics, and advertising.

Get ahead of the ball now by making sure you’re using the best and newest services to help track consumer data and analytics. Don’t fret! Integrating doesn’t have to be daunting. That’s what Razoyo is here for. Schedule your free consultation TODAY!

A special thanks to SmartClicks’ Craig Schapiro for sharing his insight on the upcoming challenges and predictions for advertisers. Buckle up folks, we have a long way to go when it comes to YOUR privacy!

Subscribe to our newsletter for regular community updates, case studies, and more.

Razoyo uses cookies to improve customer experience. By continuing to use this site you accept our cookies.

To know more about how we protect your privacy, please refer to our privacy policy. There you will also find the necessary links to remove your data from our system.